Pepperoncini and banana peppers are a bright yellow green and full of mild zing. While some peppers are so hot they’ll blister your lips, these mild, fleshy peppers will fill your mouth with a mild sweet and spicy flavor. Both peppers pickle well, but pepperoncini peppers are more popular in pickled form.

What Are Pepperoncini Peppers?

Pepperoncini peppers were first cultivated in Northern Europe and are quite popular in Italian food. If left on the vine, they will eventually turn red.

However, most are picked when still bright green or starting to yellow. 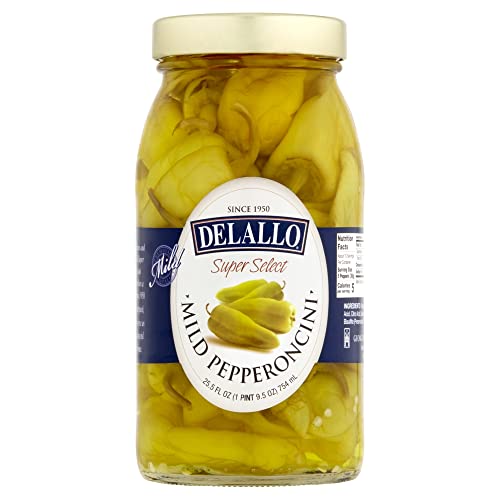 Per authorities with PepperScale, these peppers are to a small carrot what a bell pepper is to an apple; a thin finger of a pepper, generally only a few inches long.

They’re often pickled whole; the shape of these peppers make the rather fiddly to cut up and add to a salad bowl or cooking pot.

If you’re willing to put in the work, you’ll be rewarded with a zap of cool pepper flesh loaded with flavor and just a little heat.

The Scoville Heat Unit Scale was initially built with the help of a panel of taste testers. While current measurement methods have more science behind them than just a taste test, the scale still bears his name.

Experts with the Monterey Bay Spice Company make it easy to understand which peppers will add zest and a bump of heat compared to the peppers that will cause pain and distress.

Pepperoncini are some of the mildest peppers on the scale, just above bell peppers.

Are pepperoncinis good for you? That depends on the preparation. A raw pepperoncini is only ten calories and provides 45 mg of vitamin C, critical for absorption of other nutrients and cell health.

However, pepperoncini are generally pickled, and this may add sugar and will likely add salt to this versatile pepper.

The daily recommended dose of sodium for a healthy adult is 2,300 mg or less; one pickled pepperoncini may add 600 mg of sodium to your diet.

For those working to lose weight, pepperoncini are a mild way to add heat to your diet, and hot foods are a great appetite suppressant.

August McLaughlin, warns that while capsaicin supplements can reduce appetite, it can also cause digestive inflammation and discomfort. Capsaicin also passes through breast milk and should be avoided by nursing mothers.

There are many recipes available for pickling pepperoncinis, and several of them can be done in the refrigerator with little effort on your part.

Not a fan of pickling or the extra work below? Here is a great pot roast recipe using pepperoncini peppers:

However, if you’re watching your sodium or just aren’t a fan of pickles, you can use these delicious peppers raw with just a little prep work and care.

Rinse the latex once you have them on to avoid getting potential dust on your vegetables. Pepperoncinis aren’t terribly hot, but you’ll be handling the veins and seeds, the hottest parts of the plant.

2) For salads, stew and soups, remove the ends and cut through one side of the pepper, laying it out flat.

From here, you can clear away the veins and the seeds. Rinse the cleaned pepper and dice or slice it small for a crisp bit of heat in a salad, or add the diced pepper to a soup in the final simmering stage for warmth and sweetness.

3) Experts with AllRecipes.com offer a cold stuffed pepper recipe that you can add bacon to, or you can use a soy bacon sprinkle substitute.

This treatment requires that you leave the ends on the pepper but slice open one side and remove what veins and seeds you can get to before filling the pepper with a mixture of cream cheese, shallots, red bell pepper and the bacon. This may not be a low sodium dish, but it will be delicious!

What Are Banana Peppers?

Where do banana peppers come from? Like most pepper plants, banana peppers were first cultivated in the Americas but have spread across the planet thanks to their prolific growing habits and wonderful flavor.

Pickled banana peppers are a popular choice for sandwiches to give them an extra kick and can be made at home or bought.

Beware that some banana peppers are much hotter than others. A good option might be to test a mild version to be on the safe side. 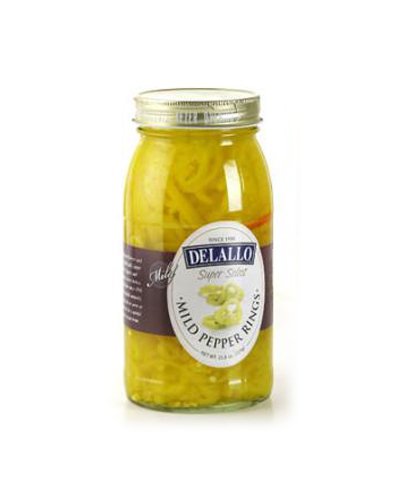 If you’re looking to stuff peppers and trying to decide whether to use banana peppers or pepperoncini, stick with the banana pepper.

They’re straighter and smoother, easier to clean and have thicker walls. While a pepperoncini will likely split in the baking process, banana peppers hold up under oven heat.

How Spicy Are Banana Peppers?

The Banana Pepper Scoville Heat Rating is quite low; in fact these peppers are slightly lower than pepperoncinis on most scales.

However, there’s still heat in the veins and seeds. If you plan to clean banana peppers and use them while fresh, use gloves.

While they won’t blister your skin like a Thai pepper will, the heat from the pepper will linger on your skin.

You may not think you need to worry about this, but this heat will transfer to other things you touch. Anyone caring for an infant will need to consider this risk, as will those who wear contact lens.

Are Banana Peppers Good For You?

One cup of chopped fresh banana peppers contains only 33 calories. The nutritional bonus of these peppers includes a hearty dose of Vitamin A, C and K. In addition, there’s quite a lot of fiber in banana peppers.

As with pepperoncini, the heat found in banana peppers can help anyone trying to lose weight by raising the body temperature and the effort used in your physical systems to keep your heart beating and your lungs working.

In addition, raw low or non-fat foods are a great way to reduce your cholesterol and protect your veins and arteries from plaque build-up.

This recipe, offered by a reader features a spicy sausage mixture stuffed inside a steamed banana pepper. Steaming your peppers for just a moment softens them and reduces the risk that they’ll crack as you open the split where you cleaned out the veins and seeds.

While banana peppers are quite mild, the addition of spicy sausage means this is a dish with some bite!

Consider pairing it with something cool, such as a mayonnaise based potato salad or a creamy pasta salad to give diners a break from the heat. However, this recipe goes together easily and will please diners of most any palate.

Peppers have a following the world over. While not everyone can tolerate or even enjoy an extremely hot pepper flavor, pepperoncinis and banana peppers can be dressed up with heat or cooled down by cheese or in the pickling process.

When deciding which to purchase or grow, remember that the primary difference between banana pepper and pepperoncini is the skin thickness and condition.