Skip to content
We may earn affiliate fees for purchases using our links (at no additional cost to you). Learn More.

The average cup of brewed coffee contains between 95mb and 133mg of caffeine.

This all depends on the brewing method, grind of the coffee bean, and the type of coffee itself.

In comparison an 8.3oz can of a regular Red Bull energy drink contains 80mg of Caffeine. If you can stomach large amounts of coffee, and you often drink a lot of energy drinks, it might be more budget friendly to tackle black coffee instead.

The recommended maximum daily amount of caffeine is 400mg for adults and 100mg for children according to the MayoClinic.

While it is possible to overdose on caffeine, you need to ingest an incredible amount before it causes death.

The Death By Caffeine calculator, Caffeine Informer website, tells me that being 145 pounds I would need to consume 61 cups of brewed coffee, 128 shots of espresso, or 174 cups of instant coffee to kill myself by caffeine overdose.

There is no way anyone could drink anywhere near those amounts of delicious java in a single day! Well, perhaps the shots of espresso but I think that’s still a far fetch.

So at this point we can safely assume that drinking any form of coffee alone, is not likely to kill us. However, becoming dehydrated from drinking a lot of coffee is possible and cause coffee jitters.

Dehydration related health problems such as stomach upset and headaches are not too bad, but it can become incredibly serious if you aren’t drinking other fluids to help replenish the ones you’ve lost from sweating and going to the washroom. Your kidneys will hate you!​

That’s not to say that drinking 72 cups of brewed coffee would be fine for me, though! The recommended maximum daily intake of caffeinated coffee is three cups. Any more than five cups should start to give you the jitters, and around twenty cups, you can expect to start vomiting uncontrollably.​

SEE ALSO: Why Does Coffee Make Me Poop?

Of course, we probably all know that caffeine affects different people in different ways. Some people are hypersensitive to caffeine, and find themselves bouncing off the walls after a cup of weak tea (average black tea has about 53mg).

Others can knock back eight cups over the course of an eight hour working day and just barely manage to stay awake until home time.

This means that the lethal dose is different for everyone.

A larger person with naturally low caffeine tolerance might not actually be able to safely consume as much caffeine as a 50kg teenager with a high tolerance.

Note that I am not telling you that it is okay to give your teenagers coffee. Caffeine is a powerful drug, and like all recreation drugs, it is best kept away from developing minds and bodies. Also, if you happen to be a teenager yourself… don’t drink coffee. You won’t like it, and it will turn your teeth yellow.

So it is true that most of us couldn’t physically drink enough coffee in one sitting to get anywhere near the amount required for a caffeine overdose.

I feel like that last sentence should come with a big fat asterisks after it though, because remember the bit above where I asked whether it was possible to die from coffee and answered ‘Maybe’, not “probably not”?

The reason why I had to go for a ‘maybe’ answer is this: It is possible to have a caffeine tolerance that is zero, or very close to zero.

That means that even one cup of coffee might put you over the limit, and cause cardiac arrest, instead of just making you feel a little bit more awake like it’s supposed to.​

The first thing you should do if you suspect an overdose would be to call your local emergency service such as 9-1-1 (for North America) or Poison Control.

At the time of writing there is no known home treatment that will work, so please do not try to self-medicate your condition. Call the people who can properly deal with your situation, i.e. 9-1-1.

As mentioned, everyone’s body is affected by caffeine differently. So we can’t suggest that X amount of caffeine is going to kill you.

But if you do manage to cause yourself to suffer from a lethal caffeine overdose, it is apparently one of the least pleasant ways to die ever. Caffeine causes your body to produce stimulant hormones in higher levels than usual.

I have never personally suffered caffeine overdose, but I imagine that as a way to die, it must feel like some horrible combination of having ‘exploding from both ends’ food poisoning, while suffering a heart attack, while also being very awake and super aware of everything that is happening to you.

That just doesn’t sound like all that much fun to me.

Drinking a lot of coffee worked for Shakespeare, and it is probably not going to kill you any time soon, but it definitely isn’t doing you any good.

Excessive consumption of coffee can cause all kinds of health problems. It stains our teeth, gives us bad breath, reduces liver function, messes with our bowels, screws up our sleeping patterns, and is highly addictive.

There are other health issues from drinking too much coffee, especially if you use a lot of sugar and cream, but that’s beyond the scope of today’s topic.​

Remember that caffeine is a drug, and as with most drugs, the opportunity for abuse and negative effects on your health, both physical and mental, are very much real.

2 thoughts on “How Much Caffeine Is In A Cup Of Coffee?” 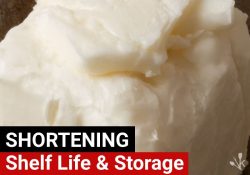 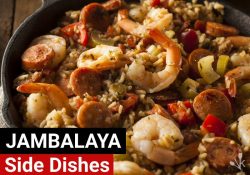 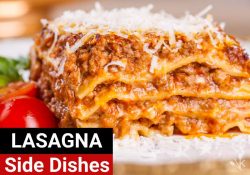 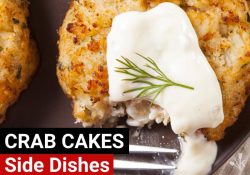